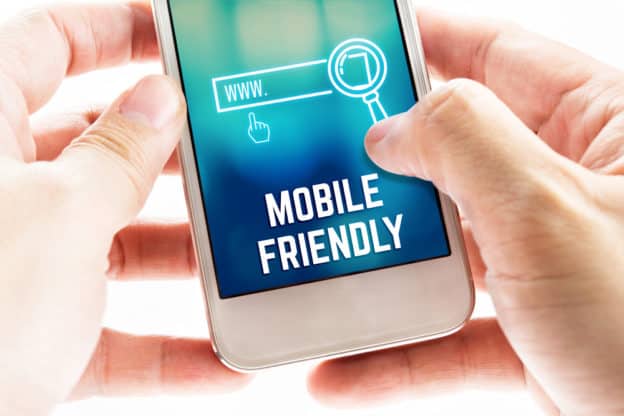 The world has shifted into a technological and mobile optimization era. Therefore, it’s essential to ensure that the overall development process includes techniques and best practices all geared towards attaining an effective mobile representation for your online presence. Whether your business is in healthcare, a technical industry, the restaurant chain, or even law, acquiring a superior mobile implementation of your website is the critical first step in the mobile-first era.

It is highly recommended that you focus on numerous aspects of the best practices of mobile development including the following:

Below are the best 12 practices that one should focus on to attain an excellent mobile website.

1. Above the Fold Isn’t Entirely Gone

It’s essential to remember that in a mobile environment, where individuals scroll constantly, above the fold isn’t entirely gone. It is still considered advantageous to have at least a good amount of text above the fold on the mobile design. Furthermore, to show an individual that there is a reason to scroll.

The psychological desires and benefits of wanting to see what a business offers are not entirely gone, so the content will have to be somewhat optimized on numerous different mobile devices.

Similarly, the desktop and mobile merge, and so do the desires and goals of the users of the platforms. When an individual focuses on what their user wishes to attain based on the given platform, a holistic approach that is aimed to reach customers through the website more effectively should be created. Whether a user is performing research on the services provided or purchasing a product, the overall blend of client acquisitions or user goals of the business will continue.

The days of separating m.dot websites are over. For example, (m.example.com) is a website example of it. There isn’t a feasible or redeemable reason to utilize implementation in the mobile-first era.

The overall structure can be extremely messy, with several URLs that create duplicate content concerns if they aren’t optimized properly. There are numerous techniques available to ensure that the transition is effective and completed. Otherwise, the m.dot implementations have gone the way of the dodo with the overall advent of technologies.

Today, what is considered the ideal implementation involves a responsive design. These specific designs utilize media queries to define display resolutions that the overall design will support. Every separate resolution is called a breaking point in the design, or the point in which the responsive design transitions from one resolution to another.

The benefit of utilizing this type of structure is the avoidance of running into duplicate content issues that would also be found on an m.dot implementation. Lastly, your mobile implementation will be considered the latest technology.

3. Think in the Terms of Code Instead of Images Everywhere to Increase Site Speed

Ask yourself if it’s truly necessary to use the background you’re wanting to use with the repeating background. If you decide not to use the background, you can instead code it. Even though something small isn’t likely to make a huge dent in the site speed, the optimizations can add up as they are completed. Next time, you create a website or perform a site audit, it’s best to ask yourself, “Do I truly need this image here or can I simply code it instead?”

If the image isn’t truly needed, coding the object could help with increasing the site speed significantly, especially on the site designs that utilize an overabundance of graphics.

There are numerous plug-ins available for WordPress. Some of the plug-ins provide the functionality to attain increased mobile compatibility. The most useful plug-ins for this specific purpose are W3 Total Cache, and Duda Mobile, as well as plug-ins used for minifying CSS and HTML.

5. Ensure All Content Is the Same on Mobile and Desktop

The overall idea behind this best practice is to avoid accusations of cloaking and duplicating content. To play it safe, it’s ideal to always make sure that all of the content is the same on the desktop version as it is on the mobile. One of the most effective techniques to utilize is making sure that the above-mentioned process happens as responsive design.

Responsive design involves creating a style sheet that utilizes “media queries” to automatically transition the designs between an extensive variety of devices and platforms. If you are hoping to take advantage of all the possible speeds available and make your design as mean and lean as possible, consider researching CSS sprites to reduce server-side requests.

6. Utilize a From the Top Down Development Approach

A “from the top-down” development approach means that an individual considers all of the potential consequences of every decision made in a design from the start to the finish. The process would go like this: you develop your mobile design first over your desktop. Afterward, you tack on a mobile design after.

This development approach is considered ideal because the individual won’t be introducing the final design issues. For example, let’s say you create a desktop website. Once you have gotten roughly three-quarters through the process, you make the decision that you want to create a mobile site also.

After coming up with that decision, you create the mockup. Once you code the mockup and continue to move throughout the transitions, there is a bug found there. This can occur because the bottom-up approach doesn’t necessarily work and it causes scope creep to happen.

This is considered the phenomenon where hidden issues crop up at the last minute. Therefore, causing unforeseen increases in hours and bugs that weren’t originally provided for when the project was scoped out originally. The hard truth is that if the top-down mobile responsive design approach was considered to be effective from the beginning, the bugs and things that need to be sorted out wouldn’t occur in the end. Furthermore, creating the dreaded issue.

8. Recognize Weaknesses in Implementation and Check for Errors

It’s also important to remember that weaknesses don’t always mean site speed. It could mean issues with the overall implementation across various displays, and different platforms (such as Windows phones or iPhones). There isn’t anything worse than getting to the final stage of the mobile implementation and seeing your client discover problems with your implementation that should’ve been discovered during the development process.

This should be considered a common practice in today’s era, however, there are still some sites using it. Flash video is similar to Adobe as they have both been discontinued. Adobe bought Macromedia which was discontinued and ultimately paved the way for HTML 5 video.

Schema.org structured data is vital, not only for recognizing pages on the website that have unique and structured information that the search engines need to see but once the mobile index fully comes into play, it’s expected to see an increased reliance on Schema. This method is considered to be a concise and easy method of understanding information. It can then be translated into rich snippets in the mobile search results.

Schema structured data should be utilized even on desktop implementations because it can assist with appearing in rich snippet results that are based on the targeted keyword. Overall, this can help in enhancing the visibility of the website when it’s correctly implemented.

11. Do Not Block Supporting Scripts Such as CSS, Things Like Images, and Javascript

Even though this is generally considered to be known when developing sites for any platform, whether it’s mobile or desktop, it should still be reviewed. It is crucial to ensure that supporting scripts for mobile design aren’t blocked. This kind of blockage can result in problems such as soft 404s or desktop 404s later down the road.

If you block these files from being crawled by Google, they won’t be able to crawl these files to see that the website is working correctly. Though this is unlikely to occur, this can still result in lower rankings because they can’t understand the website fully.

Since the arrival of Google’s mobile-first index, implementing your cross-device and cross-platform, your cross-compatible website will now reach enormous priority. Furthermore, diving into mobile optimization is key to more than just great rankings. Get started today!

Tiarsha Harrison is originally from the Bronx, New York, and has been living in Boca Raton, Florida for 15 years. She is a published freelance writer, whose work can be viewed in various magazines online. Tiarsha is a sweet, witty, and vivacious soul who loves her family, friends, and those around her.In her free time, Tiarsha enjoys spending time with her 1-year-old Morkiepoo, Prince, dancing on a ministry team, listening to many Youtube videos and sermons, and spending time with her family and friends. Her favorite quote is, “Our fingerprints don’t fade from the lives we touch.” She truly believes that.

Let's work together and grow YOUR business online! Give us a call today.

We want to hear from you. Let us know how we can help